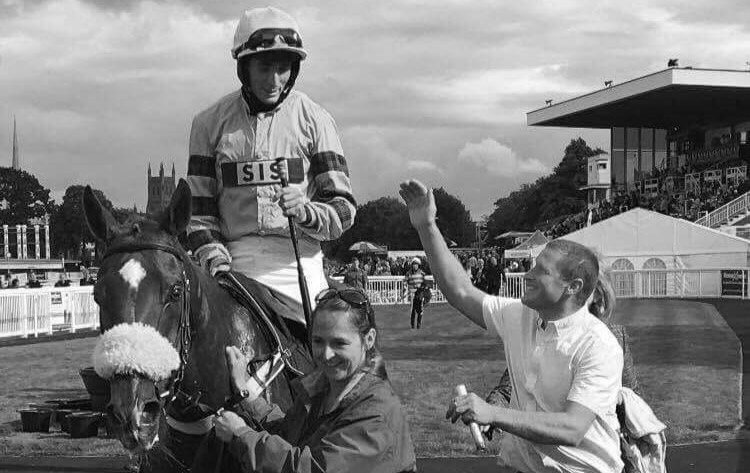 Shaun is well known, liked and respected within the world of National Hunt Racing and he is very determined to breakthrough into becoming one of the country’s leading trainers.

Shaun began working with horses when he was a young boy and modeled himself on the then champion jockey Richard Dunwoody including his hair style. Since then Shaun has not only had his hair cut but has learned from various legends within the sport how to look after and bring the best out of the horses in his care.

At first Shaun joined the ranks of the weighing room and at Worcester in 1993 he fulfilled one of his ambitions by riding Homile to victory for G Fierro. Although this was to be Shaun’s only winner under rules it was during his time as a jockey that he was able to ride alongside and build good friendships with many of his peers including Tony McCoy, Richard Johnson, Mick Fitzgerald, Carl Lewellyn and many more. Some years later Shaun did produce a Frankie style ride when winning a charity race on the Flat on board a stable favorite in Jazz Night. The experience Shaun gained from riding in a number of races has given him the insight into how a race unfolds and the tactics required to apply to each individual horse. During his time as a jockey Shaun worked and rode for a number of leading trainers and it was while with Nigel Twiston Davies that Shaun was entrusted to become an important member of Nigel’s team and looked after quality horses including the future Grand National Winner Bindaree.

With limited resources Shaun was producing encouraging results and in 2004 Chocolate Bombe won a point to point race at Upton Upon Severn. This was the start of what was to become a very successful period. Following on the heels of Shaun’s first success Jazz Night won a Hunter Chase at Hereford and after Gadzart had won a Hunter Chase at Leicester, it was decided that Shaun now well established at his current yard at Bourton Hill Farm should apply for a full training license. In his first season Shaun was starting to make a name for himself and with Jazz Night and Pardon What both winning 2 races it was the perfect start to his training career. In 2006 Twist Bookie became Shaun’s first winner on the flat from only a handful of runners and while the stable is still best known for its Flat and National Hunt horses Shaun is keen to have runners in both spheres.

With the support of loyal owners Shaun and his team have continued to produce winners and he is looking forward to developing and growing his string whilst still being able to give every horse in his care the personal attention he feels they thrive upon.